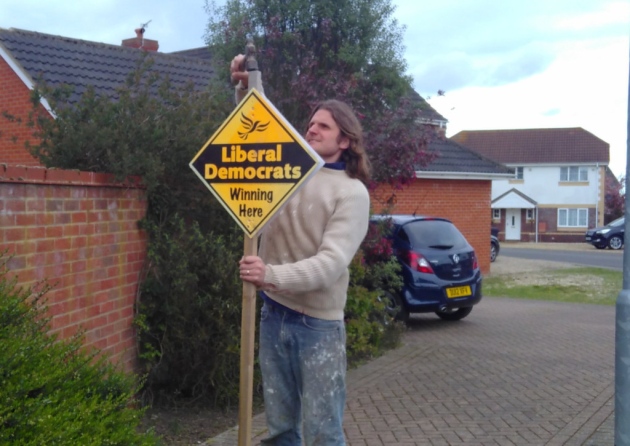 There’s a saying that, if no one’s complaining, you’re doing something wrong.  In spite of this, the feedback on my how-to-do-it book Fourth to First has been fantastic!

I couldn’t be happier to learn that so many people have found the book to be somewhere between mildly amusing and practically useful.  If good people stand for political office, we all stand a better chance of getting the politicians we deserve.

One reader, however, was not so enamoured.  In fact, they reported me to the police!

I’ve never been the subject of a police investigation before, and actually I wouldn’t mind doing it again. I even got to go to Wymondham where all the serious stuff like counter-terrorism and serious organised crime get dealt with.

The professionalism and courtesy of Norfolk Constabulary was remarkable.  They apologised for the time it took to carry out the investigation, and explained that they’d been dealing with an unprecedented level of violent crime in the city centre.

You’d have to be bold to suggest this isn’t a result of austerity and cuts to public services – which makes it even more of a shame that the reader who thought they’d ‘shopped’ me was a Tory!

Happily, the investigation concluded that there had been no wrongdoing.  In spite of investing all that money in campaigning, car stickers, and cash handouts (sorry: actually showing up and talking to people), we’d kept meticulous records of our expenditure.  But everyone has a right to report something they believe is a crime.

The most important thing that’s happened since Freya and I wrote Fourth to First is actually that I’ve had over a year in the job, and it’s been fascinating.  You couldn’t make up the sorts of things I’ve come across, from low-level nuclear waste in a barn, to a case where I had to call on the county council’s own lawyers to make sure a constituent got the personal care they were entitled to.

What has really struck me though, is realising how broken our politics is. In particular I’ve felt first-hand how big the gap in conversation is between politics and people. I’m not surprised – I’ve long thought that politics in general has a recruitment crisis. But something needs to be done beyond just having values, campaigning, and trying to win elections.

That thing is very much what I hope will come next.  We need to do something to counter the effects of extreme movements that are dominating the political discussion, and just changing what we say won’t fix that.  We’ve got to change who it is speaking, and bring masses of people into the conversation again.

This is exactly what we’ll be trying to do as Liberal Democrats in North Norfolk, alongside our ramping up of the district council campaigns heading into 2019.

Get in touch with me here on if you’re interested in finding out more!  Or if you want to show your support, you can donate here.