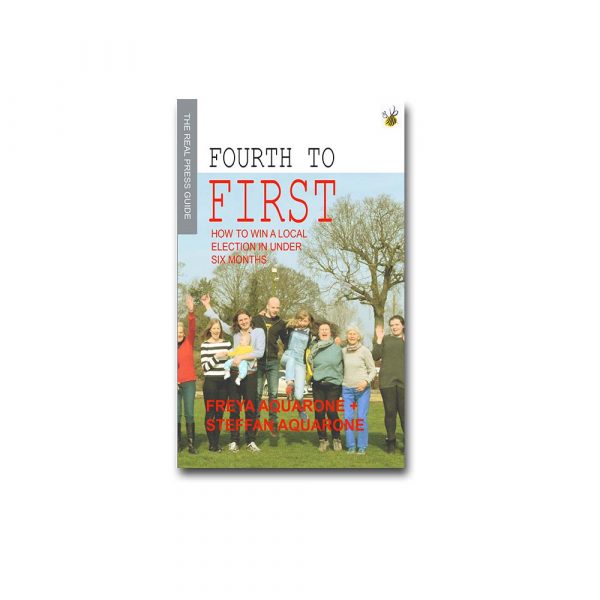 Fourth to First: How to win a local election in six months (ebook)

This is a positive, optimistic description of a highly successful local election campaign in Norfolk, hopeful that such things are possible and can result in victory.

Fourth to First is a first-hand account of the campaign that elected first-time candidate Steffan Aquarone to Norfolk County Council in a division where the party came fourth in the previous election.

It tells the whole story from start to finish from the perspective of the candidate and his sister Freya, who managed the campaign. In doing so it showcases tried-and-tested Liberal Democrat campaign techniques in context as well as introducing several new, sometimes hare-brained ideas that helped achieve a majority of more than 400.

Seasoned campaigners will enjoy scenes they’ve seen for decades told through new eyes, whilst first-time candidates can draw comfort from the fact that with the right plan, and the right team, it is possible to win an election on the first attempt.

“If the last few years have taught us anything, it’s that the party mantra ‘where we work we win’ is both patronising and untrue. How we work is what wins elections, and is the biggest question facing the party in a decade. Steff and Freya’s authentic, personal account goes a long way towards tackling that question from the ground.” Norman Lamb, MP for North Norfolk and Chair of the Parliamentary Science and Technology Committee

A paperback version is available here.