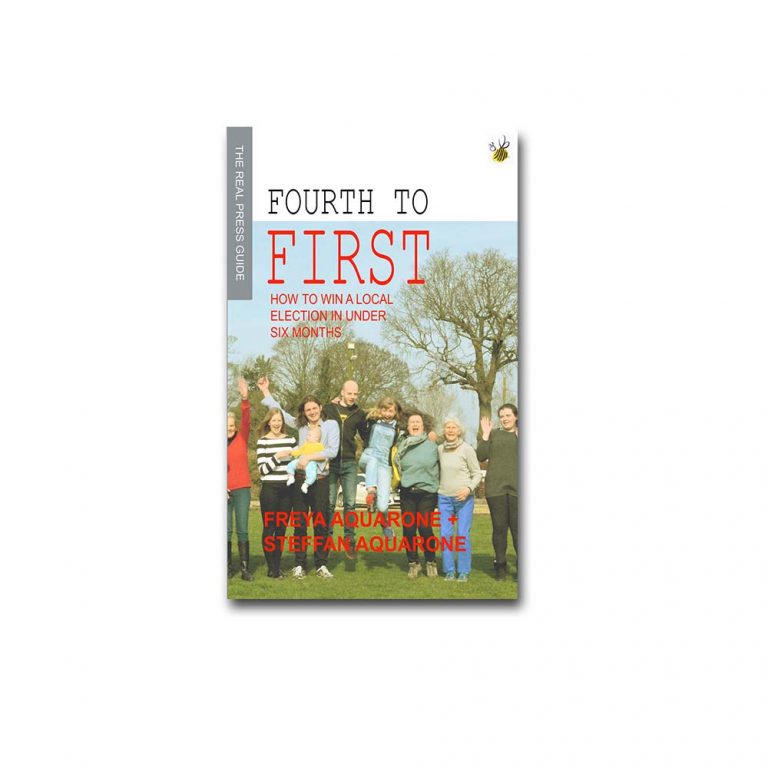 I confess to knowing very little about anything – in particular political campaigning.  But one thing I can talk about at length is how we did it in a small rural patch of North Norfolk (six shops, four pubs, two petrol stations and zero towns), going from fourth position last time to first in May 2017 with a majority of 420.

It was the first time I’d fought a campaign from start to finish, and it was quite a ride.  So much so that Freya, my sister and campaign manager, and I decided to write a book about it called Fourth to First.

Regularly topping the top 40 within Amazon’s “Books > Society, Politics & Philosophy > Government & Politics > Political Structure & Processes > Elections & Referendums” category (what other category would readers of this blog even look at?!) – it was hardly a money-spinning undertaking.  Instead, here are ten reasons why we did it:

Fourth to First is written by Steffan Aquarone and Freya Aquarone and is available from Amazon here: http://amzn.to/2AMOpej  It is available also in pdf and epub here: https://www.therealpress.co.uk/product/fourth-to-first-how-to-win-a-local-election-in-six-months-ebook/

Read Mark Pack’s review here: “a must read guide on how to win a council election”.