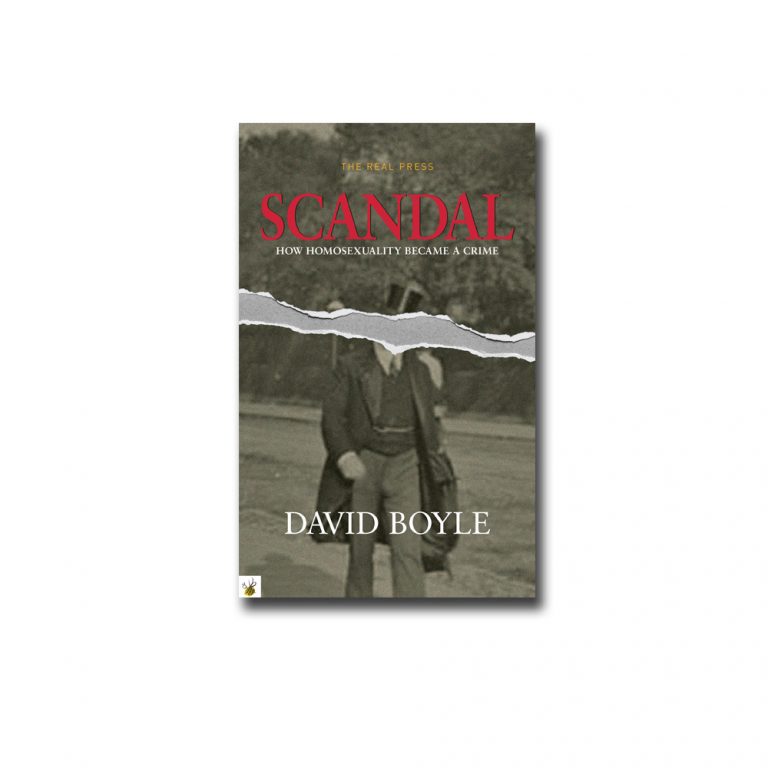 It was Saturday 6 April 1895. The weather was windy and drizzly as the passengers packed onto the
quayside at Dover to catch the steam packet to Calais due on the evening tide.

Perhaps it was packed that night because of Easter the following week. Perhaps it wasn’t as packed as some of the witnesses claimed later, or the downright gossips who weren’t actually there. But it was still full. Those waiting on the quay wrapped up warm against the chilly Channel breeze and eyed each other nervously, afraid to meet anyone they knew, desperately wanting to remain anonymous.

Among those heading for France that night was an American, Henry Harland, the editor and co-founder of the notorious quarterly known as The Yellow Book, the journal of avant garde art and writing which had taken England by the scruff of the neck in the 1890s.

Harland had a good idea why the ferries were full, though he was still surprised. He was also aware of at least some of the implications for himself. Oscar Wilde was arrested for ‘gross indecency’ that evening, having lost his libel action the day before. The rumour (wrong as it turned out) was that Wilde had been arrested reading a copy of The Yellow Book.

The news of the warrant for his arrest was in the evening papers, and Harland could only guess the motivations of those who were now suddenly crowding across the English Channel, but it looked remarkably like fear.

There was an unnerving atmosphere of menace that evening. One item in the evening papers implied that the nation was perched on the edge of a scandal that would make the establishment teeter: “If the rumours which are abroad tonight are proved to be correct we shall have such an exposure as has been unheard of in this country for many years past.”

As the passengers knew only too well, the combination of events which they had feared for a decade had now come to pass. It had been a few months short of ten years since the so-called ‘Labouchère amendment’ had been rushed through the House of Commons, criminalising homosexual activity of any kind between men (sodomy had always been illegal, back to the reign of Henry VIII, but that was all).

They did not want to be accused, as Oscar Wilde was accused, by a violent aristocrat of doubtful sanity, and would then have to respond in the courts or the press. They could not face the fatal knock on the front door from a smiling acquaintance who would turn out to be a dangerous blackmailer.

But now the unthinkable had happened. Wilde had been stupid enough to sue the Marquess of Queensberry for libel, and had lost.

The public had driven each other into a crescendo of rage and it seemed only sensible to lie low in Paris for a while. Or Nice or Dieppe, or the place where the British tended to go in flight from the law – Madrid. Anywhere they could be beyond the reach of the British legal system.

And one of those who fled, as I discovered during the research that led to this book, was my own great-great-grandfather – escaping for the second time in a just over a decade, in a story that my own family had suppressed for three generations.

We know now that, in the event, the threatened conflagration did not take place, but in the remaining 72 years while Section 11 of the Criminal Law Amendment Act, the Labouchère Amendment, stayed on the statute books, 75,000 were prosecuted under its terms, among them John Gielgud, Lord Montagu and Alan Turing.

Many thousands of lives were ruined – Turing committed suicide not long afterwards, having been forced to undergo hormone treatment that made him grow breasts.

Yet that moment of fear in Britain in 1895, unprecedented in modern times, has been largely forgotten. It is remembered as a sniggering remnant of gossip, about the number of English aristocrats or others in public life, living incognito in Dieppe, or glimpsed in the bars in Paris, and the awareness as a result that they had something to hide.

That morning, Queensberry had received a telegram from an anonymous supporter, which read: “Every man in the City is with you. Kill the bugger.”

Why did it happen? Partly because of growing public concern following the Labouchère amendment, sneaked though Parliament in 1885, but even that was more than the individual brainchild of a lone radical.

Why this shift from tolerance of the changing role of women and emerging new ideas to this threatening public rage? How did homosexuality emerge as a key issue in English public life?

The answer lies in the events that took place in Dublin a decade before, starting with the political aftermath of the murder of Lord Frederick Cavendish, the son of the Duke of Devonshire and the newly-appointed Chief Secretary to Ireland.

The murders shocked the public on both sides of the Irish Sea, and to claw back the moral high ground, Irish Nationalist MPs launched a campaign to identify homosexuals in the Irish government, or part of the establishment in Dublin in some way – starting with the senior detective in charge of the Phoenix Park case, James Ellis French.

The campaign led to huge torchlight processions and mass demonstrations, with bands, in many towns and cities of Ireland.

Most of the defendants were acquitted – the main issue at stake was whether it was physically possible to commit sodomy in a hansom cab.

The scandals barely ruffled feathers in London, except among campaigners linked to the Irish nationalist cause, or political friends of their parliamentary leader, Charles Stewart Parnell. Among these, the maverick radical Henry Labouchère, was particularly frustrated that sodomy had been so difficult to prove.

So when the opportunity arose the following summer, as the Criminal Law Amendment Act – designed to raise the age of consent for women from 12 – crawled through Parliament, Labouchère seized his chance and proposed his amendment. It was passed practically on the nod, though its relevance to the bill was questionable.

It is a lesson of the huge dangers of politically inspired sex accusations, and Lord Bramall’s case reminded us of that.

But, as I said, I had a more personal reason for finding out the answers to some of these questions. My family lived in Dublin in the 1880s. The reason that they don’t any more, and that I was born in England not Ireland, was because of those same events there in that decade.

Until the last few years, when I began researching my book Scandal, I was unaware of those events.

All I knew was that my great-great-grandfather, the banker Richard Boyle, had left Dublin suddenly and under a cloud around 1884. His photograph has been torn out of the family photo album, with only his forehead remaining.

I had always been interested in what might have happened, but had assumed that the memories were now beyond recovery, just as the fate of my great-great-grandfather was lost in the mists of unfathomable time.

As it turned out, I was wrong. I was working on another incident in Irish history in the British Library, and discovered as I did so that a whole raft of Victorian Irish newspapers had been digitised and were now searchable online.

On an impulse, I put in the name ‘Richard Boyle’ and searched through the references in the Dublin papers. Then, suddenly, my heart began beating a little faster, because there it was – the first clue I found to a personal tragedy, and a national tragedy too: this was the spark that lit the fuse which led to the criminalisation of gay behaviour and the great moment of fear that followed the arrest of Oscar Wilde.

That first clue led to others, which led to others. I will never know the whole story. But what I did discover took me on a historical rollercoaster, and an emotional one, which catapulted me back to the strangely familiar world of the end of the nineteenth century – and a glimpse of that sudden fear in April 1895 that drove many of those affected so suddenly abroad.

I tracked him to a new career as a stained glass artist, among the glass industry in Camberwell, and – among other revelations – living with a man who was with him when he died, during the terrible London smog of Christmas week 1900.

Pinning down why he fled, twice in 11 years, and why Labouchère drafted and passed his notorious amendment, it is pretty clear that the whole moral panic began with a political witch-hunt which got out of hand.

The story suggests that there are serious dangers when political campaigns wrap themselves in populist intolerance in order to drag down an elite.

That is what happened in Dublin in 1883/4 and within four decades, the nationalist cause had been won; perhaps not because of the sexual accusations and cruelties. But those had unpredicted and unpredictable effects, not just in Ireland but across the British Isles.

Politicians have made sexual accusations against their political opponents since politics was invented. But these campaigns often leave a legacy of hate and fear which don’t dissipate easily.

You can read a ebook version of Scandal here or a print version here.