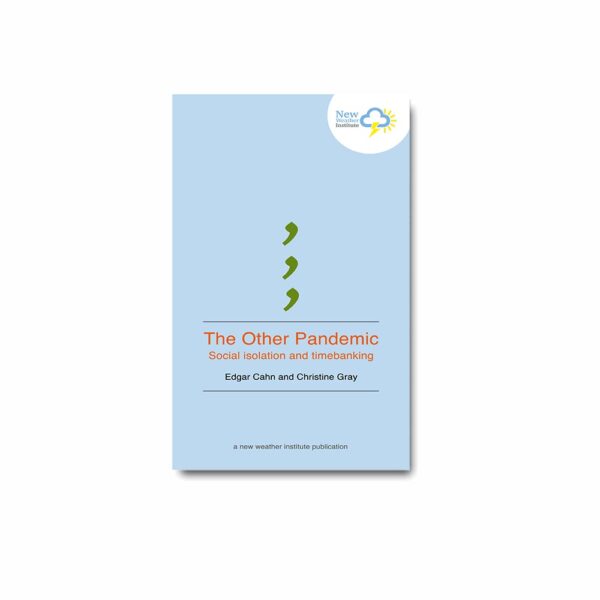 While Covid-19 stalks populations around the world, another behind-the-scenes pandemic is less visibly at work. It is social isolation – the lack of the connectedness and sense of purpose needed to develop, to contribute to others, and even to take care of oneself.

Like Covid, social isolation spreads its harms to families and neighbourhoods within nations round the globe, striking people across the age spectrum from birth to old age, undermining their health and well-being, even leading to early death.

Calling for greater awareness, this pamphlet describes the manifestations of social isolation from infancy to old age. It calls for a fundamental change in how human services work, putting forward the idea of an “ecological” framework that will be geared to the deep need that humans have to connect with and meaningfully contribute to others.

Co-production is introduced as such a framework, its five core principles each illustrated by examples. Timebanking as a system for putting co-production principles into action is also introduced. Examples show timebanking being used to build networks of mutual support that call on people’s strengths, help them defeat isolation, and build a whole that is more than the sum of its parts….

This pamphlet is also available on Amazon as a printed book…