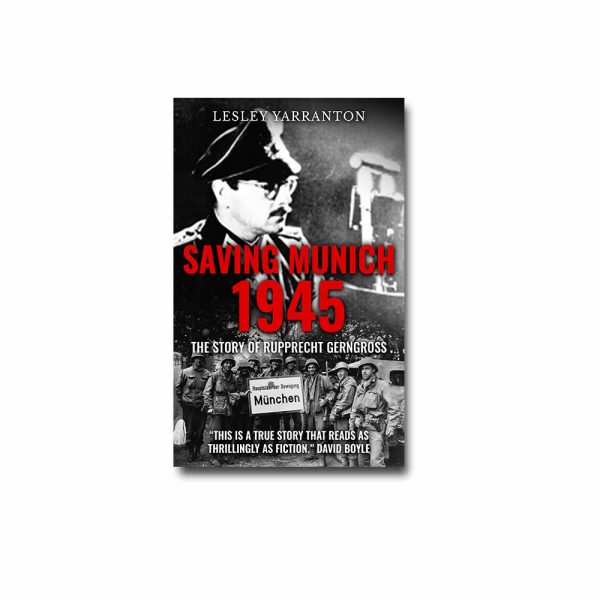 April 1945. The Second World War is drawing to an end, but the fighting – and suffering – is still intense. Fanatical Nazis planned a destructive, bloody last stand in Hitler’s favourite city, Munich, the cradle of Nazism. But one man stood in their way.

Rupprecht Gerngross was a former solicitor from Munich, and student at the London School of Economics. He was known for being mild-mannered and a curious blend of courage, conscience and cunning recklessness. It was a combination that drove him into the path of great danger – but one that he felt was necessary to achieve his dream of democracy and freedom.

Towards the end of the war, he secretly transformed his unit of army translators into a fearsome fighting force, pledged to challenge the Nazis. At extraordinary personal risk, Gerngross hatched a plan to take control of Munich – hastening the end of the war and saving the city from disaster. By capturing the main radio station and seizing a group of key Nazis, he hoped to trigger a mass rebellion against the regime. But, for all his courage, Gerngross did not reckon with the possibility of betrayal, or the ferocity of SS troops sworn to fight to the death.

This is the untold story of an improbable hero and an uprising that became “the only successful military putsch against the Third Reich”. It tells a story that was suppressed at the time by the British Foreign Office because the Allies did not want news circulating about ‘good Germans’.

“A gripping true story, which holds lessons for us today.” Richard Foreman

“This is a true story that reads as thrillingly as fiction.” David Boyle

This book is also avaiable in paperback from Amazon and on kindle.