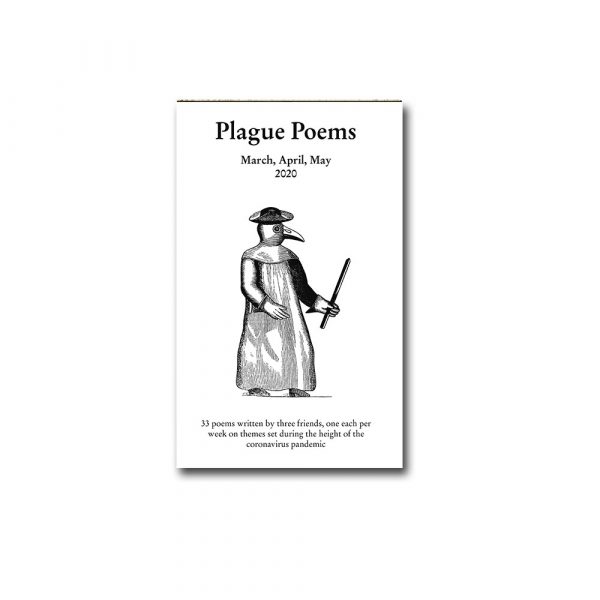 It started with a frustrated desire to do something other than work. Two friends began setting a weekly theme for each other to write a poem about. Those two expanded to three, with a fourth cheering, considerately from the page margins and occasionally, self-deprecatingly offering some words of her own.

Then a pandemic spread around the world like frost across a window pane. We would all be having our lives simplified for some time. There were hours reclaimed in our days from struggling to and from work, travelling to meetings and visiting people. Our weekly writing challenge shifted subtly from something squeezed into spare minutes, to being more like the mind equivalent of the cherished, permitted daily stroll under lockdown. It became a thing to look forward to, a moment when we could switch outlooks, breathe, and more quietly take notice of what was happening around us.

We don’t know if we are poets, but we are people who write poetry. And, there is a way in which the brain works differently when you give it permission to express itself in the language and forms of the poem. It seems to make sense of experience, assimilate and pattern the world differently to other ways of observing. That feels like a good thing.

Why would we want to bring these together to share them? Partly because making things is fun and, once done, allows you to move on and do something else. That’s as true for carving a spoon as playing with words. Of course, the more you do it, hopefully there’s that hope that you might get better at it too.

That is how we have ended up with 33 poems written over the three peak, initial months of the pandemic in the UK. All of us found some release, delight, distraction and opportunity to reflect in a different way on the strangeness of the changes in our lives. We make no great literary claims for our output. In style they range from pure whimsy, to haiku, free form and a sonnet. In subject matter they vary from immediate responses to the crisis, to shared cultural memories sparked by our messaging each other, yet experienced by each of us very differently. Some are obvious like ‘infection’ and ‘the skull of the virus’. Others were triggered by the conditions of the crisis, like the sound of birdsong revealed more clearly by the reduction in traffic and the fact that, suddenly, everyone appeared to be baking bread. ‘Cortina’ was suggested because to some it felt like we were back in the 1970s and the ubiquitous Ford car seemed synonymous with the decade. ‘Together’ was because we couldn’t be. The poems appear in the order in which they were written and shared amongst us. We keep that order here because it is entirely possible that it influenced what we wrote.

If all they are is just a different kind of brief diary, reflecting an unusual time, then that too is enough. The sections that follow are simply structured around the word set as the thematic challenge for each week. At the very least we hope our Plague Poems might hold a sense of how it has been, and perhaps entertain or intrigue you.

This book is also available on Amazon. You can also buy this as an ebook for Kindle here.