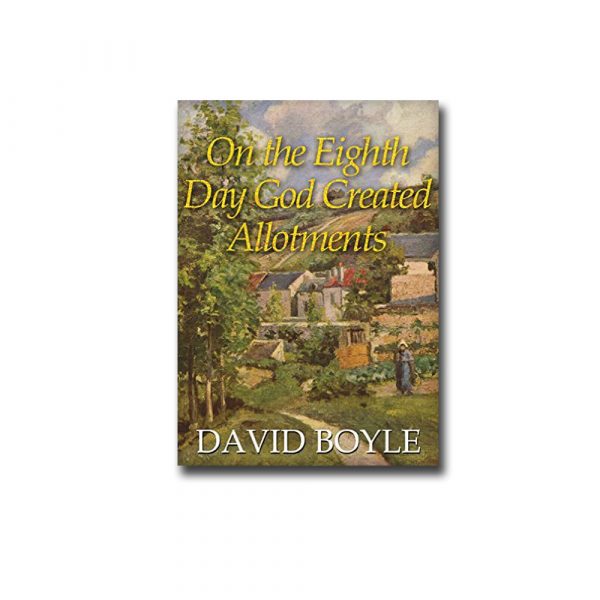 There are few things the British treasure as much as their allotments. A few square metres of land, usually on the outskirts of cities, they are an oasis of calm in a busy world, a source of fresh vegetables and flowers, and a retreat into nature for city dwellers.

But what is the history of the allotment? Where did it come from? And what were the principles and ideas that created this quiet but powerful force in society?

In this brilliant slice of social history, David Boyle traces the story of the allotment back to the great medieval commons – and to the potent but half-forgotten ideology which, throughout the nineteenth century, asserted people’s right to grow their own food.

This book is partly the story of the politician who made it possible, Jesse ‘Three acres and a cow’ Collings, and his ability to snatch victory from the jaws of defeat (and vice versa). But it is also a look at the original ideology of the allotment, its radical claims about English history, its representative interpretation of modern economics, and where it has led us to today – and what might happen if the guiding ideology of allotments makes further progress.

On the Eighth Day God Created Allotments will be enjoyed by keen gardeners, but also by anyone interested in the history of British society. It magnificently mixes personal stories and social, political economic ideas to tell a little-known but compelling and important story.