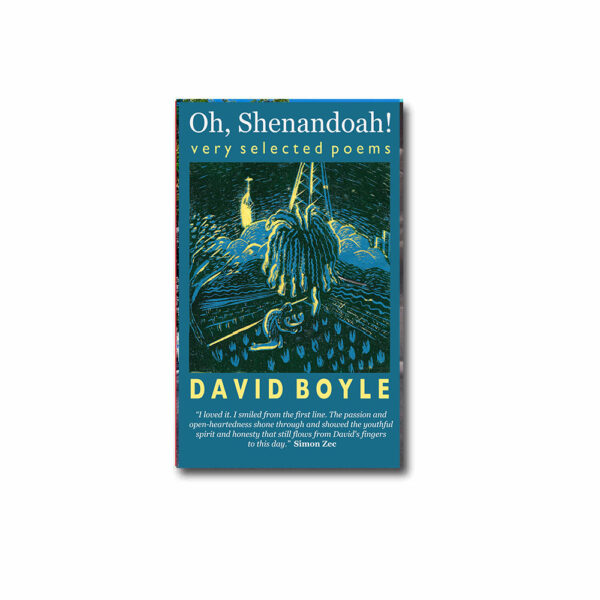 Oh, Shenandoah,
I love your daughter.
And though I felt comfortable,
loving even, with so many others,
I find I can no longer continue
my life as an actuary and clerk
in a middle-sized firm of city insurance brokers
without her devotion,
love, passion, desire, thrill, excitement,
hand across the table on a cold winter evening,
unwashed face across the pillow in the morning.
I love your daughter
and the earth turned on its axis when I did so,
and whole seasons have shifted around the globe,
the ocean has swallowed up New York, Sydney, Tokyo,
and caused a run on the pound,
the British Chancellor has resigned and the stars have altered
their paths.

There is a kind of progression here, but I didn’t want to jinx it by trying to describe it. Either way, many of these poems were written in my thirties – hence the ‘thirtysomething’ title taken from the television series of the same name and time.

A small piece of nostalgia there…
‘Oh Shenandoah’ was intended as a kind of rhetorical acceleration. I had the idea waiting outside the only shower room on a Writing Space writing course in the Loire Valley and listening to someone inside singing the old Shenandoah song. That was my first published poem, which managed to scrape in as a finalist and runner-up in the national Observer-Arvon poetry competition in 1995. In fact, this and so much else I owe to Carol Cornish and Writing Space, under whose tutelage so many of these poems took their first faltering steps.
I stopped writing poetry almost entirely about a decade later, when – having had children – I suddenly had no time to mooch around in the way that poets need to. I hope to go back to the practice one day, when I also hope I feel a little differently to the somewhat obsessive type revealed in these pages. – David Boyle
“I loved it. I smiled from the first line. The passion & openheartedness shone through and showed the youthful spirit and honesty that still flows from David’s fingers to this day. God fear the rest of us poets when he picks up his pen and writes poetry again..” – Simon Zec
Also available from Steyning Bookshop, on Amazon.
Add to Wishlist
SKU 9781912119011 Categories Poetry, Print books Tags canada, coronavirus., culture, love poetry, memoir, poetry