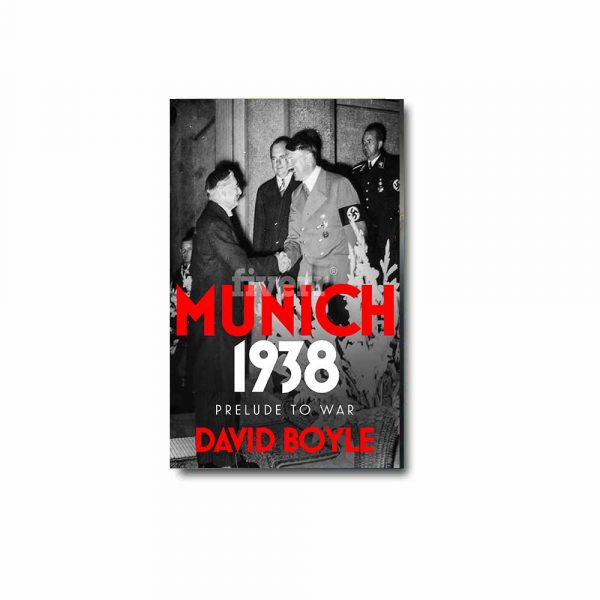 September 1938. Hitler is poised to send his troops into Czechoslovakia, which is expected to lead to a wider European war. His generals are poised to remove him from power when he orders war. But somehow, none of these things took place. Instead, in an extraordinary series of betrayals, and three dramatic nail-biting diplomatic summits, the British and French gave Hitler everything he asked for.

The Second World War was averted, but only for a year. David Boyle’s gripping, hour-by-hour account tells the story as it seemed at the time, so that we can make up our own minds about the controversial – and probably naive – decision by prime minister Neville Chamberlain to fly to Germany three times, to meet Hitler and to bring back what he believed was “peace for our time”.

Munich 1938: Prelude to War relates the tale of the huge efforts by appeasers and anti-appeasers, like Halifax and Churchill, the diplomats, translators and spies, and the heroic plotters who were hoping to assassinate Hitler before it was too late.

We may never agree about what we think now about the Munich conference – whether it was betrayal or breathing space before war – but we can hear the story, and learn from it. So that we never make the same mistakes again.

Munich 1938 is also available in paperback here and on kindle here.