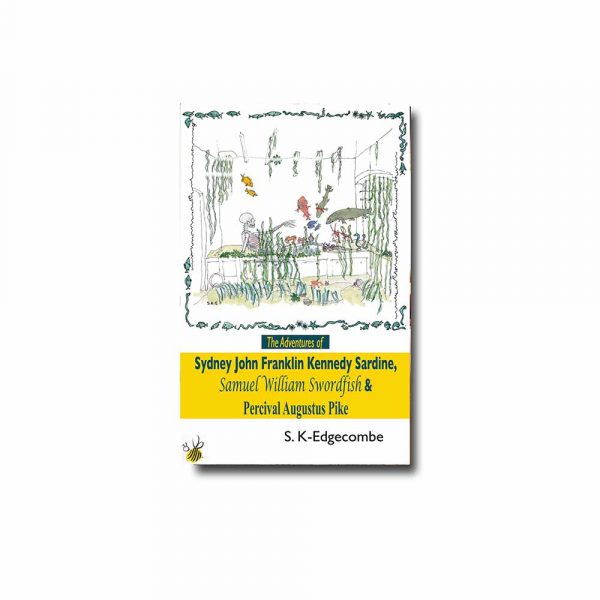 These three fish are the heroes of these stories. They all live in the South East Sea around about Kirsty’s Coral Reef with their neighbours, clams, porpoises, pikes, crabs, lobsters, crayfish, turtles, sharks, swordfish, octopuses and many other sea creatures. Most of the time they all live happily together but, some terrible events lie ahead for them all in the future.

Percival is a large, ugly, short sighted, vain, greedy, pompous, bossy pike. He never thinks before he acts and it says a great deal for the humour and good nature of young Samuel and Sydney and his neighbours that he survives his more foolish escapades. Sometimes, though, the most unexpected personalities are able to rise to occasions and prove to have both courage and leadership.

Sydney is a naughty, provocative, kindly sardine. He is vulnerable because of his size but he has a very good friend, protector and conspirator in Samuel Swordfish.

Samuel Swordfish is calm and quick witted, he joins Sydney in all his adventures, protects him and usually has to tidy up the mess left behind from Sydney’s mayhem!

Both these young fish love to tease Percival, but they always rescue him from his silly follies. In the end Percival proves to be caring and responsible to them both in emergencies caused by another species ….

We are afraid this title is only available for the time being on Amazon.