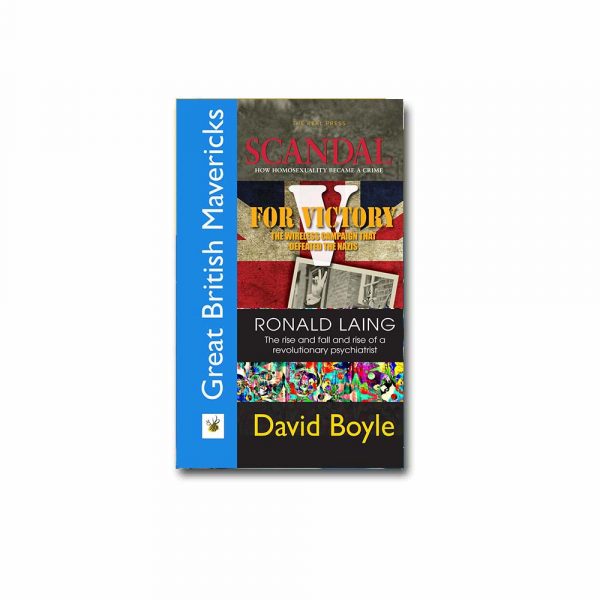 This is a Christmas anthology about people who think differently, or for themselves. Three short books for the price of one – all successful titles form the Real Press range by David Boyle.

Three non-fiction books in one edition – from the criminalisation of homosexuality in the 1880s to the world of radical psychiatry and LSD in the 1960s, and all studies of people who were able to see the world differently. Scandal visits Dublin in 1884 when the public furore about homosexuality in high places led to its criminalisation across the UK, seen though the eyes of one of those closely involved – the author’s great-great-grandfather. V for Victory introduces us to the maverick operation of the BBC European Service in the Second World War and the most successful radio propaganda campaign ever organised, in the teeth of opposition from the establishment. Ronald Laing looks at the extraordinary achievements of the radical psychiatrist R D Laing, doubting, experimenting and fighting his own profession to make them more humane.

For the time being, this book is only available from Amazon, as a paperback and for Kindle. Both at special low prices for Christmas!

There are no reviews yet.

Only logged in customers who have purchased this product may leave a review.