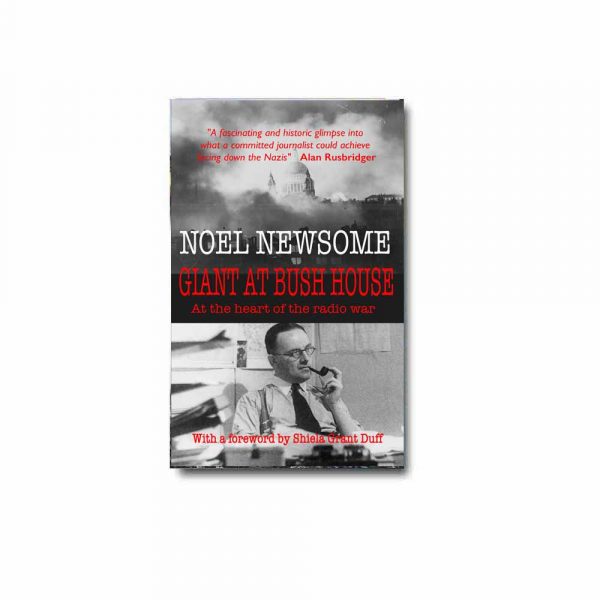 The day the Nazis invaded Poland, Noel Newsome was plucked from the sub-editors’ desk at the Daily Telegraph and asked to take over BBC broadcasts to Europe. By the end of the war, the European Service had escaped BBC control, was the biggest multi-lingual broadcasting operation in history, and paradoxically had made the BBC’s reputation. It was also furiously controversial, which meant that Newsome never broadcast again. This is his story, told by himself and published for the first time.

Shiela Grant Duff writes in the foreword to this book: This is the story of the man who, wholly anonymously but perhaps more than any other, spoke for England during the Second World War.For six years, he dominated – not without considerable and acrimonious opposition – first the voice of Britain from the BBC in London and then the voice of the victorious Allies from Radio Luxembourg. First as News Editor and then as Director of the European Service in both places, it was he who represented to our friends and foes on the continent not only the day-to-day progress of the war but also the purpose and ideals for which we were fighting, and the reasons we would win.

From the day the war ended, he was never again heard on the air. The voice of The Man in the Street – the pseudonym under which from 1941-1944 he broadcast his own more personal view of events rather than the official view of Government and Foreign Office which he was supposed to follow in the European Service bulletins – was banned for ever. He never again set foot either in the BBC or Radio Luxembourg and his whole war record was pushed aside and forgotten.

It was 25 years before Asa Briggs in his History of Broadcasting in the United Kingdom gave him his rightful place as the ‘central figure in the organisation … the most industrious, lively and imaginative of all its wartime recruits.’ Noel Newsome was the man who, in spite of the impressive array of cabinet ministers, public figures, Foreign Office officials and secret experts who had a hand in ‘political warfare’, ‘continued vigorously and enthusiastically to make his own propaganda, caring less for the Political Warfare Executive (PWE) than for winning the war in the way he thought most efficient and speedy’.

A member of the PWE, writing of the directives which they issued, confirms this: ‘I very much doubt if Noel Newsome, the able and tough-minded head of news services paid very much attention to them. Looking back now, when tempers have cooled, I think he was right. But at the time, I did not. I was as critical of him as most of our colleagues were.’

Available in paperback here or as a kindle download.