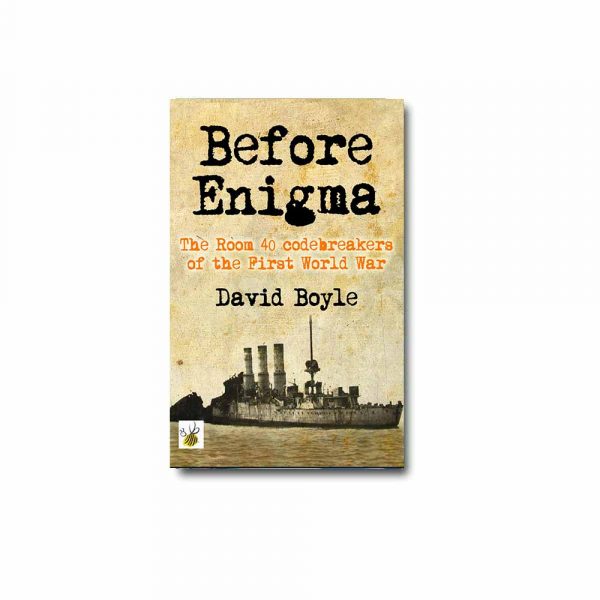 How did the British codebreakers succeed in cracking the apparently unbreakable Enigma code during the Second World War? Was it their gifted amateurism? The brilliance of Alan Turing? The invention of the very first computers? Or the pioneering work of Polish cryptographers?

It was all of the above. But there is one other crucial factor, which is much less well known. The same team had done it before. The truth is that many of those most closely involved in cracking the Enigma code – Alistair Denniston, Frank Birch, Dilly Knox – had wrestled with German naval codes for most of the First World War. By the end of the war they had been successfully cracking a new code every day, from their secret Room 40 at the Old Admiralty Building, in a London blacked out for Zeppelin Raids. The techniques they developed then, the ideas that they came to rely on, the people they came to trust, had been developed the hard way, under intense pressure and absolute secrecy during World War I.

Before Enigma tells their story and explains how they managed to crack the supposedly indecipherable code. The book outlines the capture of the Magdeburg and the Hobart, discusses the use of cracked codes to bring German fleets to battle at Dogger Bank and Jutland, and focuses on individuals such as Winston Churchill and Admiral Sir Reginald ‘Blinker’ Hall and their importance in the development of a British naval code tradition.