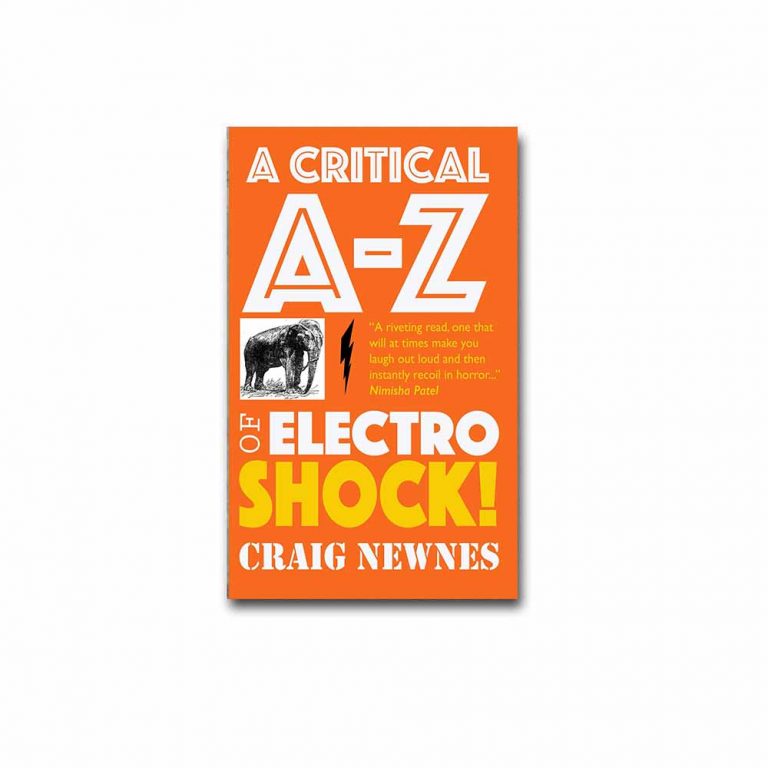 Ben Donner, the editor of Clinical Psycholoy Forum, has reviewed Craig Newnes’ impassioned book A Critical A-Z of Electroshock. This is what he wrote...

Firstly, a note about the limitations of scholarship in scientific writing. A proper reference should not just be an author and year of publication, but also a page number placed as a footnote with some explanatory prose. This facilitates scrutiny of argument and the sources cited. British psychologists have made a case for this in the past, but to no avail. Thankfully, Craig Newnes refuses to doff his hat to the APA, so we have 61 pages of properly referenced endnotes here, dealing with a treasure trove of sources. It’s a joy to be able to follow an author’s line of enquiry easily and in detail. I would have preferred them at the bottom of each page with added prose, but you can’t have everything.

Secondly, I am persuaded by the use of the term inscription throughout the book to describe psychiatric diagnosis – a position building on the author’s previous work. Even the term ‘Electroshock’ to describe ‘Electro Convulsive Therapy’ is one I will use from now on. As revealed here, the way electrocution has been reframed as ‘treatment’ and carefully branded for public acceptance is quite something.

Each chapter has its own angle and you can read the book in any order you want. I particularly liked ‘Killing with kindness and Kitty Dukakis’. Here, the toxicity of closed systems and the misogynist nature of electroshock is discussed. Misogyny being a theme that resurfaces throughout the book. The mysteries of failed public enquiries resonated significantly for me, as it explains much that is rotten with the system.

Having recovered from the hideousness that is the Henry Cotton award for kindness, we are presented with who Kitty Dukakis is. The partner of Michael Dukakis, the American presidential candidate of the late 1980’s who continues to receive maintenance ECT at the age of 80. Apparently, the Dukakis’s think well of electroshock, although you are left wondering if Kitty just doesn’t want to remember anything.

The Chapter on Sadism and Spike Milligan also stands out. I liked the analytic bent that takes seriously the drive to hurt others, as acted out in the electroshock ‘suite’. To quote from another chapter, the author suggests shock doctors (mostly white men of course), should ask themselves, “Why do you think you want to electrocute children?” Newnes’s prose on informed consent for psychiatry is even better. I am tempted to plagiarise this spiel for when I next work in an NHS MDT.

Although the book left me feeling sick that I work in a system that condones this shit, I am buoyed by the fact that someone from my own profession has written a book like this. For anyone early in their career trying to work out which way is up, read it. For anyone involved in research or academia, read it.

For anyone still deluded about the ethics of psychiatry, most definitely read it. It may look like a home brewed book from the cover, but it is a most serious work and something I will likely refer to again and again. As they say, once you have seen something you can’t exactly unsee it. Unless…

You can buy A Critical A-Z of Electroshock here, or on Amazon, either as a paperback or on kindle.