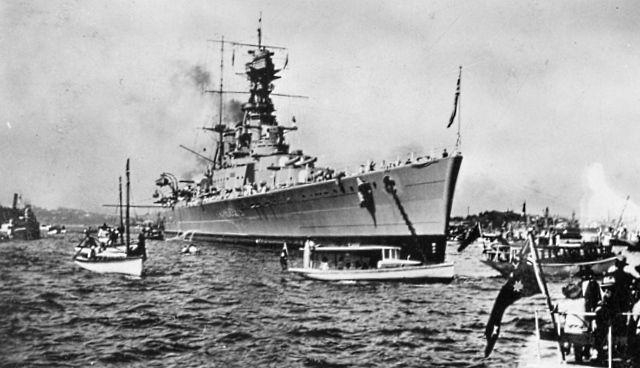 I loved my grandad – still do, I suppose. Trouble was, too many others did as well. He had a double gift – of the gab and generosity. The latter wasn’t much in evidence when he swanned off with Maud in around 1962, leaving my grandma (who everybody loved) to fend for herself.

He had eighteen brothers and sisters. The story was that three of his brothers went down on HMS Hood and his mum received three separate telegrams of condolence. One brother died in a strait-jacket in Thorpe Asylum – my first introduction to psychiatry though, like the three naval brothers, was his death was during World War Two. I didn’t come along until later.

By the time he left to live – and eventually die – in a caravan in Fakenham, I had another reason to fear psychiatry; the usual alarmist warning to anyone who misbehaved in the ‘fifties and ‘sixties was, “You’ll end up in Saint Nick’s,” the bin on Great Yarmouth sea front. And an imposing place that was. My beloved grandma spent two nights there – but more of that later.

Electroshock – called, for marketing purposes, Electro-Convulsive Therapy, was big at Saint Nick’s. Unsurprising really – electricity is a form of magic and psychiatry and psychology have a love affair with magic.

There is far too much to say about writing on electroshock – the whys are as complex as the hows. A couple of whys. One: It’s hidden, surfacing only when someone famous gets blasted or, as in the recent debate hosted by the Royal College of Psychiatrists, when a couple of Psy folk go head to head in the media (see: https://www.madintheuk.com/2018/10/the-57th-maudsley-debate-interview-with-professor-john-read-and-doctor-sue-cunliffe/)

Two: Psy professionals target older women with it – and, as I said, I loved my grandma; everyone did. She had distant cousins who had died in various camps. Her father had the good sense to leave Germany at the end of the nineteenth century and eventually settled as an undertaker. He was still alive when the synagogue in Great Yarmouth was burned down in the 1920s – one reason that Jews became a serious minority on the East Anglian coast.

But all of that has little to do with electroshock and psychiatry – unless you count the way in which Jews were eventually classified as a sub-human species and, thus, deserving of no mercy. My grandmother eventually became – in her words – a bit “doo-lally” and was found wandering around the garden by her neighbour who happened to be a social worker.

She was admitted to Saint Nick’s on the Friday which was the day the hairdresser visited. Grandma’s unkempt hair was unacceptable – so it was all shaved off. By Saturday she looked like any one of millions of face-less folk. But, for her, the transformation was like stepping back into a distant history of pograms and worse.

All of that left me with no great love of psychiatry but I was already training as a clinical psychologist and – as it happens – married to a psychiatric social worker. Electroshock was rife, tranquillizing drugs (marketed as “anti-psychotics”) everywhere and the only people who in-patients trusted were domestic staff. So, I watched and learned, understood that words meant little in case conferences and it was better to inscribe older people as dementing rather than depressed as it would save them from electrocution.

Many, many years later, I wrote a paper called ‘ECT, the DCP and ME’, published in Clinical Psychology Forum, in which I suggested that my profession was doing nothing to speak out about electroshock. The outcome? The DCP committee suggested they might fire me as editor for potentially upsetting a few psychiatrists and fellow clinical psychologists.

They didn’t. But that was a kind of turning point. The work of Peter Breggin, Steve Baldwin and Peter Lehmann became (unsettling) bed-time reading. The experience of survivor activist friends needed publishing. So I edited and published their work. Maybe, these are the reasons why I write on Electroshock. The “how” is a different story.

I just sit, write and then structure whatever comes to mind and once in a while publishers like PCCS Books or the Real Press come along and I can offer some additional academic substance to the various Facebook groups speaking out about the excesses of Psy. Perhaps, it’s all for my grandma – perhaps it’s so that in a thousand years the British Library copy of A Critical A-Z of Electroshock will stop some fool expert electrocuting a stranger on the grounds it will “help”.

You can hear Craig Newnes speak about the book at the 2018 Olive Bucknall Memorial Lecture on Friday 23 November 2.30-4pm, at The Gateway, Chester Road, Shrewsbury SY1 1NB. Olive Bucknall was a much-loved mental health activist who died in October, aged 97. She was a fierce critic of electro-convulsive therapy, having received it herself after a breakdown caused by witnessing the damaging effect ECT had on her son Terry. An obituary of her appeared in this month’s Guardian newspaper. Craig was a close friend of Olive’s and is a leading critic of the Psy industry. He was Director of the Department of Psychological Therapies in Shropshire’s NHS Trust for almost 20 years. There will be opportunities after the lecture for questions and comments from the audience as well as to buy signed copies of A Critical A-Z of Electroshock. Paperback available here, ebook available here.