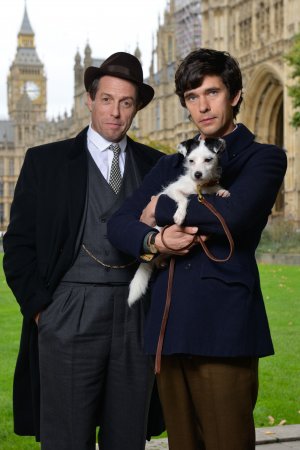 I watched the Thorpe scandal on the BBC series A Very English Scandal with a great deal of emotion. In fact, at the end of the last programme, I found myself in tears – and I’ve been wondering why ever since.

It was, of course, brilliantly directed, written and acted – and also brilliantly evocative of a period when I was first politically aware.

I remember vividly poring over the blow-by-blow accounts of the trial in the Telegraph in my friend Stuart’s room in college (I still have the cuttings somewhere).

That was before I knew Thorpe himself, many years later. He and Marion were very kind to me. He was also still a purveyor of the Liberal, and now the Lib Dem, besetting sin – policy wheezes designed to attract attention, but with virtually no content.

And admire him as I did, especially in those trial days – and I joined the party only weeks before the trial – that was the Thorpe problem: brilliant razzmatazz, genuine Liberal convictions, but no coherent programme.

I’m not sure if I was weeping for myself or for my party. Or indeed for Thorpe and Scott, who both seem to me – and the series portrayed this even-handedly – the victims of forces beyond themselves.

As I appear to be the only person on earth to remember what the late 1970s felt like, I feel some responsibility to explain what it seemed like at the time.

It certainly was hardly an easy time to be a Liberal (it was the pillow-biting that did it). I remember convincing myself, after reading the detailed account of Norman Scott’s meltdown during the trial – not included in the BBC drama – that his affair with Thorpe was a fantasy, though realising that Thorpe may, even so, be guilty of incitement to murder, along the lines of Henry II and Thomas Becket.

It was a period of complex conspiracy theories – now long forgotten – and so here are three to explain some of the background.

I have long since abandoned the hope that maybe Thorpe was innocent. But equally I don’t think the Scandal series was quite accurate in its portrayal of a politician protected by the establishment. Of course, Thorpe was protected, but only because they had already thrown him to the wolves to distract from the real story.

Or have I myself become victim to the conspiracy mania that the 1970s seems to have generated?

Please sign up for our regular newsletter and we will send you a pdf or epub version of David Boyle’s medieval Brexit thriller The Remains of the Way.