A version of this post first appeared on the Radix blog. David Boyle writes… 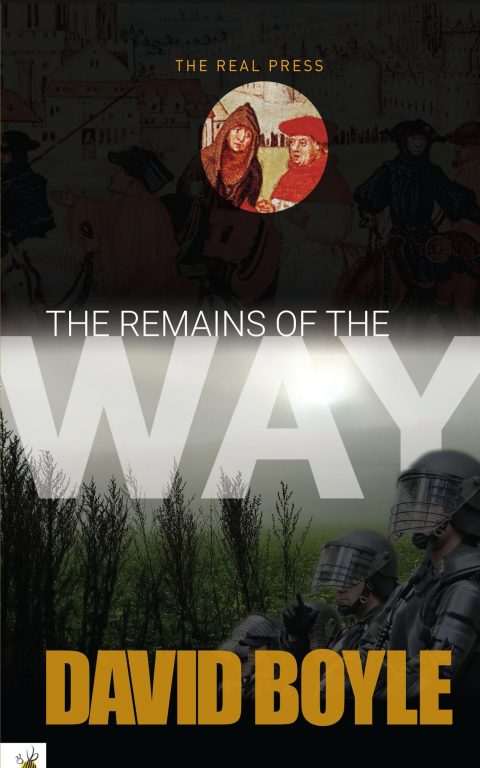 There are so many candidates for regular circles of life, from Halley’s Comet to the Kondratieff Cycle. I have been arguing for a year or two that we were hurtling towards a major political and economic shift, not because of the rise of Trump or Corbyn, but because there appears to be a forty-year cycle involved.

But when you set them out clearly like that, you can see that – for those shifts during the twentieth century – there was a slow seeping into the mainstream of the new dispensation beforehand, which we are not really seeing now.

They also, I see, follow major resettings of the British relationship with Europe – the first European referendum in 1975, Dunkirk in 1940 and the Entente Cordiale in 1904. It isn’t entirely clear to me what the relationship is between these factors, or whether they are symptom or cause.

The Dunkirk Brexit – when the UK made a handbrake turn, catapulting themselves out of the Anglo-French alliance, only to lead the recapture of continental Europe four years later – is an important precedent. It led to a very rapid change of direction, policy and personnel. It meant that we needed to construct a new policy on virtually everything, while simultaneously defending the nation from invasion.

But there is always a disaster behind the shift, which leaves the mainstream ideas without justification, though they usually struggle on for a while. Before 1979 it was the Three Day Week, before 1940 it was outbreak of war, and before 1906 – what was it? Perhaps the Jameson Raid and what it said about Imperial Preference.

But let us stick with 1940. I have been fascinated for some time with what Dunkirk was actually like, when you see behind the myth, and the struggle – not just on the beaches – but in the French and British war cabinets. Looked at day by day, you can see clearly how the British leadership managed to delude themselves – telling themselves that the French were being kept fully informed while simultaneously making sure they did not know what was planned. It was agonising, bloody and desperate – and fascinating as a frame for understanding what is happening in UK politics now.

See my new book Dunkirk to get a short day-by-day account of ten extraordinary days in summer.

And if you are interested by the historical precedents of Brexit, my Brexit thriller – set between the Treasury and the Pilgrim’s Way and reaching back to the days of Thomas Cromwell – is also now available. See The Remains of the Way…