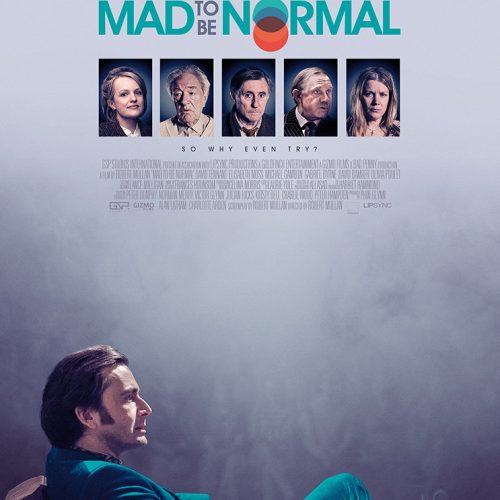 The film Mad to be Normal goes on release next week, and this is rather an important moment – at least for me.

Partly because I have been fascinated by the revolutionary psychiatrist R D Laing my whole adult life – I even went to a poetry reading by him when I was a student (he sat slumped on the floor for most of the reading).

But partly also because I have a short book out which tells the strange and courageous story of his radicalisation, as a military psychiatrist and tries to set him in the context of a period of tumultuous debate, the 1960s and 70s.

The book is on special offer this week – including 99p for the ebook versions and £4.25 for the paperback. I would love to hear from anyone what they think of it.

Laing is a somewhat forgotten figure. You might almost believe that the psychiatric establishment won (as it did – they managed to get him to resign from the Medical Register before he died in 1989). When I mentioned his theories to a group of NHS staff I was teaching recently, they laughed.

But something is stirring. Partly, of course, it is David Tennant’s portrayal of him in the film. But partly also because he stands for two critical elements which are as important now as they have always been.

First, human understanding in the professions – and he stood for this at a time when psychiatrists could, without consultation, cart people off to have electric currents passed through their brains, or part of their brains removed, and often did. If they had been sectioned.

Laing is one of the reasons we don’t live in that world any more, at least quite so much.

The other reason can be summed up by this paragraph he wrote towards the end of his life about the American psychiatric diagnostic handbook:

“What DSM III seems to be is a comprehensive compendium of thoughts, feelings, experiences, unusual experiences, impulses, actions, conduct, which are deemed undesirable, and should be put a stop to, in our culture. It is so all-inclusive that most items of what all the world over at all times and places were deemed to be ordinary manifestations of ordinary human minds, speech and conduct, are ruled out. We, as we used to take ourselves to be, are to be cultured out, to be replaced by a homogenised creature I can hardly recognise as a human being.”
In this respect, Laing’s radical spirit continues to this day. He knew what would happen if we standardised people, and tried to encapsulate their individuality with numbers to make them easier to process. He stood then – and stands now – for the right to break out of standard classifications, however sophisticated.

It is a guarantee of our freedom and individuality.

Do read the book if you can – you can buy it at the special price until the end of the week on the publisher’s website or on Amazon. Or catch up with the film here.