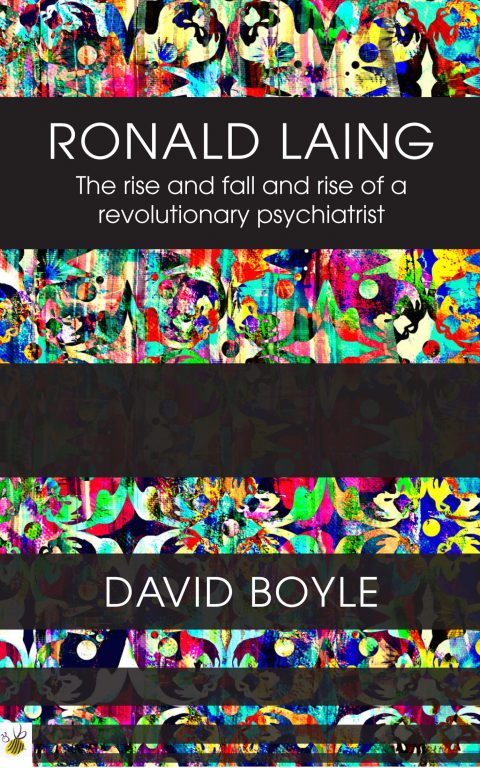 Something about our culture is riveted by the 1960s and 70s, and it was certainly a peculiar time – I’m old enough to remember it. But the ultimate period film is coming out in April, where the actor David Tennant plays the ultimate 1970s icon, the radical psychiatrist R. D. Laing.

The film, Mad to be Normal, takes us back to the tale of Kingsley Hall in the late 1960s – and you can also read about that, and what led up to it in my book Ronald Laing; The rise and fall and rise of a revolutionary psychiatrist .

It was a strange year, 1973. There was an energy crisis which destroyed the certainties of the postwar generation. Oil shot up in price. There was war in the Middle East. There were private armies in the UK, widespread industrial action and people like David Bowie singing about “five years – that’s all we’ve got”.

There was bombing, rioting and, by the end of the year, a three-day week enforced by law which forbade companies to work any more than that. And, amidst the chaos and the fundamental questions and criticisms, the world of psychiatry was rocked by a study published that year in Science by the Stanford University professor, David Rosenhan.

Rosenhan had tested the assumptions of conventional psychiatric medicine to destruction by seeing how they stood up to the real world. He recruited a team of his students, including himself, who were all instructed to go to their doctor complaining of hearing voices in their head. It was the only symptom they would mention – they would otherwise have no problems or issues, mental or physical. The voices would say rather anodyne things like “thud”. The pretend patients would have no previous mental issues either.

Without exception, Rosenhan’s students all found themselves admitted to mental hospital, diagnosed with schizophrenia. Once they were in hospital, their instructions were all the same. They were to behave completely normally and they found their experience of incarceration was also remarkably similar. Not one of the fake patients was recognised as sane by the hospital staff and, over a period of between seven and 53 days, they were all discharged as “schizophrenics whose symptoms had temporarily abated”.

Rosenhan was able to see the clinical notes written about his team when they were in hospital, and was fascinated to find that nothing they could do would be interpreted as sane. One of his students kept a diary about his time in hospital, and had been seen doing so by one of the hospital staff, who had written that “he indulges in writing behaviour”. It was a telling, worrying phrase.

What he could not have hoped for when he was designing his experiment was what happened next. The research team had involved twelve mental hospitals, and they were not happy when the news came out with the publication of Rosenhan’s study.

But another one – what had not been involved – boasted in the public forore that followed that it would never happen there. Rosenhan seized the initiative and threatened to send some fake patients there too. The hospital then judged 41 of 193 recent patients as sane, and – only when he discovered this – Rosenhan revealed that he had actually not sent them any.

The Rosenhan experiment went to the heart of an issue in psychiatry in those days, a generation ago, when all professions were suddenly under scrutiny for the arrogant ways they used their professional privileges and powers. After all, psychiatrists could uniquely lock up people they decided were not sane, and do so indefinitely, without a second opinion, and carry out a series of irreversible and unproven treatments on them without their consent.

But what did it mean? Rosenhan seemed to imply that psychiatry was in the grip of a series of self-supporting assumptions about the sanity or otherwise of the population, which had no obvious relationship to the real world.

But the most important implication was set out clearly by Rosenhan: that psychiatrists were unable to tell the sane from the insane, with serious implications for these concepts. It seemed to imply, if nothing else, that there was something seriously wrong with the whole mental health profession.

Rosenhan had been inspired to try his experiment during a lecture by Laing about how insecure conventional psychiatric definitions were. He had wondered if he could design an experiment to test the proposition. It turned out that he could.

Ronald Laing was an enigma, then at the height of his fame, and people immediately saw that Rosenhan’s findings were important evidence that Laing was right. He was at the heart of a passionate debate, and a bitter argument, about sanity and what it meant – and how to claw it back – which seemed to go to the very heart of everything. Especially when the world seemed pretty insane, was perched on the edge of nuclear oblivion, and seemed unable to heal the rifts between rich and poor, black and white, old and young and East and West.

Since his groundbreaking book A Divided Self was published in a popular Penguin edition in 1965, Laing had been on a stratospheric journey that took him from a career as a major critic of the psychiatric establishment, and a spokesperson for those who had been misused by it, to something else entirely – a religious guru, the author of a million radical T-shirt slogans, a leading poet, a social critic and a theological maverick.

It is nearly half a century since Rosenhan’s research which marked the high point of Laing’s fame. Treatments are often a good deal more effective and more permanent than those offered in Laing’s day. Mental hospital inmates are no longer treated with the sheer cruelty, that Laing exposed to the light of day. But those in great mental distress are often forced to beg for help from overstretched mental health trusts, or to live isolated lives being cared for ‘in the community’, which tends to mean not being cared for at all.

Those in the grip of mental ill-health – which may be anything up to a quarter of us at some time in our lives – are categorised against the same kind of numerical classifications that Laing condemned, and weaned onto drugs that can still undermine their ability to recover.

Now David Tennant is playing Laing in the story of his alternative therapeutic community, Mad to be Normal (released in April). Our new book Ronald Laing: The rise and fall and rise of a revolutionary psychiatrist sets that story in context – telling the strange tale of Laing’s revolt inside Scottish mental hospitals, and also his wider story in the context of the 1960s and 1970s counterculture.

If you want a good read around the story of Laing, we would humbly recommend it.

You can buy the Kindle edition here.