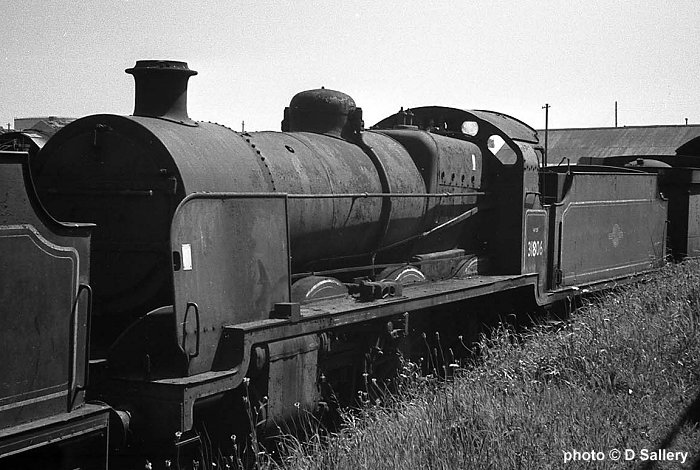 When the former Prime Minister David Lloyd George intervened in the debate which led to the resignation of Neville Chamberlain in April 1940, he urged Winston Churchill not to act as an “air raid shelter” for the prime minister.

I have felt something rather similar over the past fortnight during the first two weeks of the strike by guards on Southern Rail.

I’m not sure what effect the RMT thought they would have by their action. I’m not sure why they sent their brave and resourceful members over the top to charge the barbed wire quite so directly. I’m unsure whether they have gained more than a few inches of No Man’s Land as a result. They have certainly behaved like an air raid shelter for Southern.

The problem was that both Southern’s operators GTR, and the Department of Transport which pulls the strings, had been planning for a strike. More than that, they had actually been hoping for one. It gave them an excuse for their appalling record. It allowed King Log (I’m referring of course to the Secretary of State for Transport, Chris Grayling) to regard himself as a bastion of courageous resistance to trade union chaos, rather than a defender of one of the worst public service records anywhere.

On the other hand I have been amazed at what the commuters together have managed to do, raising the money to employ barristers to ask questions – their latest, very urgent question, is how the Department and their contractors are monitoring health and safety during the crisis.

This includes, of course, whether disabled people are being provided with any accessible service at all.

What has changed since I last wrote about this is the publication of the Parliamentary select committee report on Southern which confirms much of what I have written. This is the Guardian’s report:

“MPs said there was evidence of poor management of the franchise from the beginning, with inadequate staffing, along with rolling stock issues, prolonged industrial action and the complications of major engineering work. The government’s response to calls for GTR to be stripped of its franchise, the claim that no other operator could do better, was “simply not credible”, the report said. It said that the number of train cancellations on GTR’s network was substantially more than the default level, which would normally be a trigger for termination of the franchise. But the report said the DfT was “evasive and opaque” in addressing the question. “The answers provided to us by very senior officials … give us little confidence that it has a firm grip on the monitoring of GTR’s contractual obligations.”

You do have to be sympathetic to Charles Horton, whose room for manoeuvre is so limited and who is trying to operate a railway right up against its constraining limitations.

But the truth is that, no thanks to King Log, Horton and GTR are themselves managed by accountants from Go Ahead who have determined that Southern should continue to operate at between  fifth and a quarter below the frontline staff it needs.

Then they are surprised when their ability to cajole their staff into doing enough overtime is limited – so limited that they have to pretend that they are being hit by a ‘sicknote strike’ for which there was no evidence.

What is frightening about Southern, as I have written in my book Cancelled!, is that it is an empty husk, a vacant company run by accountants for accountants, and it is a model for the future of pubic services everywhere. It also leads to serious dissembling by ministers.

I’m not saying that driver only operation is massively dangerous, though it is certainly not safer. Though I’m not sure we would welcome and announcement from the airlines explaining that they were going to improve customer service by removing responsibilities on the fight deck from the co-pilot.

No, but I also don’t want to travel by an inhuman machine with no human contact. I’m lucky enough also not to need a wheelchair which does require human support. But even so, I don’t want my services to be empty, echoing places punctuated only by the sound of machinery.

You can read more about the strage story of the Southern crisis in my book Cancelled!, for Kindle, paperback, ePub and pdf.  I’m giving 10p from every sale to the Rail Benefit Fund.