David Boyle’s thriller The Remains of the Way combines a modern Brexit conspiracy with a medieval chase down the Pilgrim’s Way. A thrilling read which sheds some light onto the truth about Brexit, Britain, its disputed history and why we have the Brexit/Remainer split today.

YES, sign me up and SEND ME MY FREE ebook (check your Spam for our email.) 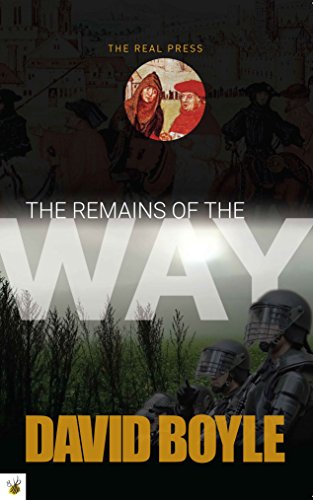 How did The Pilgrim’s Way, the ancient thoroughfare between Winchester and Canterbury, become a symbol of resistance to those who wanted to withdraw from Europe?
That is what Adrian Matinson tries to discover after his friend is found dead on the Way, leaving behind him a series of scribbled clues, which Adrian must follow to find the bizarre truth, and to save himself.

What he discovers is an ancient quango, the Office of the Defender of the Faith. And they have plans for him – and for the Old Road too. Unless Adrian can solve the puzzle before it is too late.

A fascinating chase, and a medieval mystery brought roughly into the present during the 2016 European referendum.